(Dakar, April 20th, 2020) - The appointments of Fadel Barro as West Africa coordinator and of Pierre Sané as Board member are evidence of how citizen activism and whistleblowing are coming closer, said today PPLAAF - The Platform to Protect Whistleblowers in Africa. Both activists are prominent members of West African civil society.

These two personalities joining PPLAAF is a unique opportunity to promote whistleblower protection in West Africa, represent their interests and push for the implementation of ambitious legislative reforms protecting whistleblowers.

A journalist by training, Fadel Barro is the co-founder of the Senegalese movement Y’en a marre. He was able to turn citizen engagement into a philosophy of humanist action which gathered the continent’s youth toward new horizons. Fadel Barro has also been Amnesty International’s Ambassador of Conscience since 2016.

“I salute and encourage all the work and risks that whistleblowers take in extremely hostile environments”, Fadel Barro said. “We need to come together to defend them better. When a whistleblower is isolated, he is more vulnerable to repression than when he is part of a strong group that protects its members well.”

Find his interview with PPLAAF, written in English and French, or on video here and embedded below. 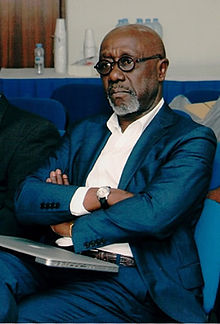 PPLAAF is also honored to announce that Pierre Sané has joined its Board. Pierre Sané is the founder and president of the Imagine Africa Institute. He was UNESCO’s Assistant Director-General for Social and Human Sciences from 2001 to 2010, and Secretary-General of Amnesty International from 1992 to 2001.

“It is an honor for PPLAAF that these eminent personalities have agreed to join our association as West Africa needs whistleblowers to protect the public interest,” said William Bourdon, President of PPLAAF. “PPLAAF looks forward to working alongside Sané and Barro to protect these sentinels of democracy.”

In addition to these two appointments, investigative journalist Khadija Sharife is leaving her position as PPLAAF’s director to join its Board, and lawyer Henri Thulliez is taking the opposite path, having just been appointed director of PPLAAF.