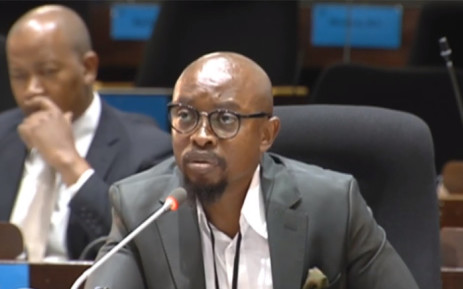 Simphiwe Mayisela is the former head of IT for South Africa’s Public Investment Corporation (PIC), the continent’s largest asset manager.

The PIC is a state-owned company that holds more than R2 trillion (121 billion euro) in assets. It is Africa’s largest asset manager and holds large stakes in several South African companies. Some 98% of value owned or overseen by the PIC belongs to the South African Government or its employees, including dozens of social security, pension, provident and other funds. Days into his appointment, Mayisela was tasked with forensically identifying a whistleblower who shared incriminating information about then-CEO Dan Matjila. He was soon instructed by Matjila to approach South African Police Service for a subpoena to determine the source.

But the police were more interested in the alleged criminality of the leaked information. Mayisela was unwittingly transformed into a whistleblower as he cooperated with the police to vet the allegations. He was suspended and fired shortly thereafter and has since been a key witness at the Commission to investigate illicit and illegal dealings of the Public Investment Corporation (Mpati Commission).

William Bourdon, PPLAAF’s President, said to the Mail and Guardian that Mayisela’s case is unique, in that he did not initially intend to blow the whistle. “It is premature to speculate on the outcome of the PIC commission, but if it indeed comes back censuring the board and executive for the acts exposed by the original anonymous whistleblower, then Mayisela’s role in assisting SAPS [the South African Police Service] investigate these acts is nothing short of heroic.”

Before joining the PIC, Mayisela had 17 years’ experience in the area of information security, governance, risk and compliance. He holds a Master’s Degree in Computer Science from Rhodes University. He is currently the Managing Director of SS-Consulting.