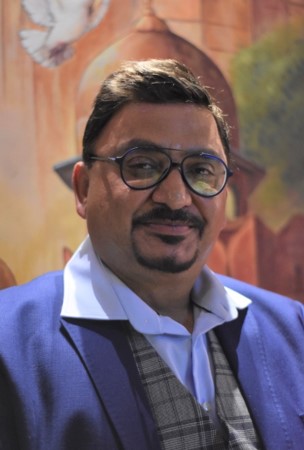 Former head of internal audit at Habib Overseas Bank in Johannesburg, Iqbal Khan blew the whistle on irregularities at the bank. He brought to light money laundering and un-fair banking practices in which the bank was involved.

With nearly 20 years of banking expertise, Khan became Head of Internal Audit at Habib Overseas Bank in its Johannesburg headquarters in 2012. Prior to his arrival, the bank used to have an external auditor.

Early on, he discovered irregularities in the bank’s transactions and continuously reported to his superiors. As a result, he suffered humiliation, harassment and threats of dismissal, particularly from Manzar Kazmi, his Managing Director.

In 2015, when the owners of the bank wanted to sell the bank, a sale procedure was initiated. As part of the sale process, Khan shared the information on the constant urging he had with the potential buyer, who happens to be a business associate of the Gupta family. This family is known for its corrupt dealings in the “State Capture” scandal. The three Gupta brothers moved from India to South Africa in the 1990s and turned a computer parts business into a conglomerate with properties in media, mining and professional services. The Gupta Leaks have demonstrated the close ties of the family to President Zuma and their influence over politicians and state-owned companies.

A few months later after the beginning of the sale process, the central Bank of South Africa, The Reserve Bank did not give its approval, making the sale fail. And within the Bank itself, the blame was placed on Khan.

Taking courage and on the voice of conscience, Khan decided to contact the Reserve Bank a first time in June 2018. He attended another meeting in September 2018 during which he revealed all the information he had. It is with this information that the Reserve Bank sent a neutral audit team to conduct an investigation. Habib Bank was found by the SA Reserve Bank, based on Khan’s submission, to have committed criminal offenses.

Khan paid a heavier price due to his integrity and honesty by sacrificing his 25 years old banking career. He is hoping still hoping to get help from South African government through their concerned departments.

PPLAAF provided Iqbal Khan with legal defense and negotiated a settlement with the bank.