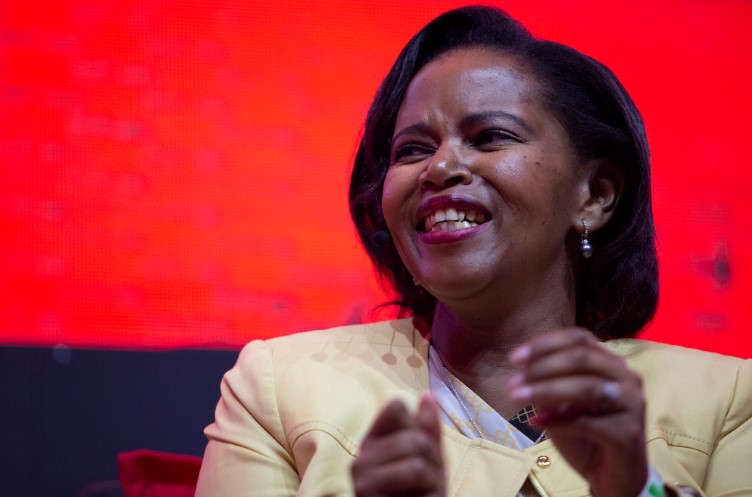 I was excited to join my former employer whose vision was to change the landscape of financial services industry in South Africa. It soon became quite clear that the shareholders and executive management didn’t share the same ethical and integrity ethos as myself. I left the company and reported my suspicions of impropriety to the public protector and parliament. PPLAAF assisted me with my legal fees and provided me with advice and compassion… PPLAAF is assisting South Africa’s regain their hard-earned democracy in providing much needed support, whistleblowing is a long, difficult and often lonely decision but PPLAAF ensures protection and offers humanity.

“I would say they have to resist if now they are being given an unlawful instruction by a superior.” Mosilo Mothepu said when asked what is her message to public servants in the South-Africa parliament. “The fact that you don’t have the courage to say ‘no’ breeds the cancer.”

Mothepu served as Chief Executive Officer at Trillian Financial Advisory, a South-African consulting firm and a subsidiary of Trillian Capital. The firm is owned by Salim Essa, an associate of the powerful Gupta family, who has been accused of growing rich of its strong relationship with President Zuma. When Mothepu noticed significant and questionable activities involving state-owned entities, and in the hopes of assisting Thuli Madonsela, the former public protector (an ombudsman whose independence is guaranteed by the constitution) with her investigation, she resigned and stepped forward. Key to her disclosure were the removals of South Africa’s Finance Ministers from their posts due to the Guptas influence.

Although she feared legal consequences and defamation, she sent a statement to Madonsela, the former public protector, which published the “State of Capture” report in October 2016. The statement was leaked by an unknown source to the Sunday Times which in October 2016 published a story on state capture showing the links between the Gupta Family and President Zuma. The Sunday Times failed to confirm that Mothepu was not the source of the leak and she subsequently faced lawsuits from Trillian alleging cyber-crime, fraud, theft among other charges. The lawsuit, based on the perception of leaking information, is effectively preventing her from obtaining other employment. In a closed-door meeting with select media and flanked by PPLAAF’s team, Mothepu spoke about her financial struggles, the legal threat of her former employers and the loneliness of whistleblowing. But she also spoke about having the courage to stand on the frontline for the truth. The following year, buried under the weight of political risk and financial vulnerability, Mothepu went one step further and testified in front of South-African parliament.

Mothepu had a bright future ahead of her, and her decision to give up on this prestigious position and speak up came at a price. “People always ask me, ‘Will you do it again?’ I say, ‘Yes, I will do it again.’ I didn’t appreciate how my life would change but South Africa’s worth it.”

PPLAAF stood by Mothepu’s side, evaluating the risks she might face after blowing the whistle, providing her with legal counsel and financial support, and assisting her with preparing herself and her testimony. PPLAAF has also promoted her case on national and international media.

The principal charge against South-African President Jacob Zuma, originating with claims from whistleblowers, Mothepu and Bianca Goodson, working with PPLAAF, is of “state capture”. The local term is in widespread use. State capture is more than simple corruption. It is the pillage of national companies and institutions, corrupting the people of power, as well changing the country’s laws, so they would all work in the private interest’s interest.

The three Gupta brothers moved from India to South Africa in the 1990s and turned a computer parts business into a conglomerate with properties in media, mining and professional services. One of President Zuma’s sons, Duduzane, has worked for the family.

Another Trillian whistleblower, inspired by Mothepu’s action, decided to speak up: Bianca Goodson. Goodson served as the Chief Executive Officer of Trillian Management, another subsidiary of Trillian Capital. Noticing shady activities as well, Goodson left Trillian in April 2016. A year later, Goodson released a detailed statement on Trillian’s activities through PPLAAF and testified in front of South-African parliament in November 2017.

In June 2017, several organizations, including PPLAAF received what was then called the ‘GuptaLeaks’: hundreds of thousands of documents, emails, etc. sent between the Guptas and their associates, showing the extent of the Gupta family’s control over politicians and state-owned companies, and the involvement of many international firms with the Gupta family’s businesses.

Many other revelations were made concerning the case, exposing government firms such as state-owned electricity utility company Eskom and international firms HSBC and consulting firm Mckinsey, among others. McKinsey was involved in landing Eskom contracts for Trillian and received illegal payments from the company.

PPLAAF, in partnership with South African media amaBhungane and Daily Maverick, has opted to provide access to the information via a single portal - Investigative Dashboard via the Organised Crime and Corruption Reporting Project (OCCRP) with the support of Finance Uncovered.