Up until South Africa’s largest union federation, SAFTU, took on ‘state capture’ in the courts, the loudest legal voices raised against this nefarious phenomenon were from within the business community and middle-class NGOs.

As valuable and brave as their activism is (we think here specifically of people like Magda Wierzycka and organisations like OUTA), their work was susceptible to the insidious critique that the anti-corruption fight was mainly a middle-class concern. 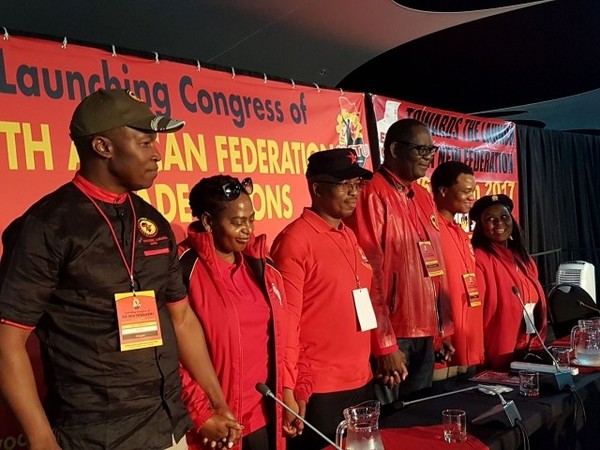 SAFTU and its 700000 mainly black working class members have now very publicly joined the lawfare against corruption in South Africa. They have firmly placed prosecuting authorities on terms to take action against the Gupta family and others who are widely perceived to corruptly benefit from a close relationship with President Zuma.

And this locates the costs of corruption at its true centre. The working class and the poor suffer the most. SAFTU’s leading role also deprives the race-baiters who make up President Zuma’s advance guard of supporters of a convenient alibi. This is that the accusations about corruption come from the rich and white communities.

SAFTU also has the capacity to take their fight to places that other organisations do not: to the streets in large numbers, to workplaces and communities. In so doing, a united front is composed of many forces fighting against the corrosive effects of corruption and for the survival of South Africa’s hard won democracy.

PPLAAF is proud to be a sponsor of this legal initiative, driven and controlled by SAFTU, but started and augmented by our own lawyers and researchers.

Integral to the case brought by SAFTU are two whistleblowers PPLAAF has been privileged to support and fund. The SAFTU court case thus forms part of our modus at PPLAAF. We bring together whistleblower and social agents to bring about true change.

For we believe that it is not enough to simply report corruption that whistleblowers bravely expose. We seek to aggressively litigate using the information they have risked their lives to unearth to demonstrate to others that whistleblowing can and does make a difference.