Sentenced to death for doing their job 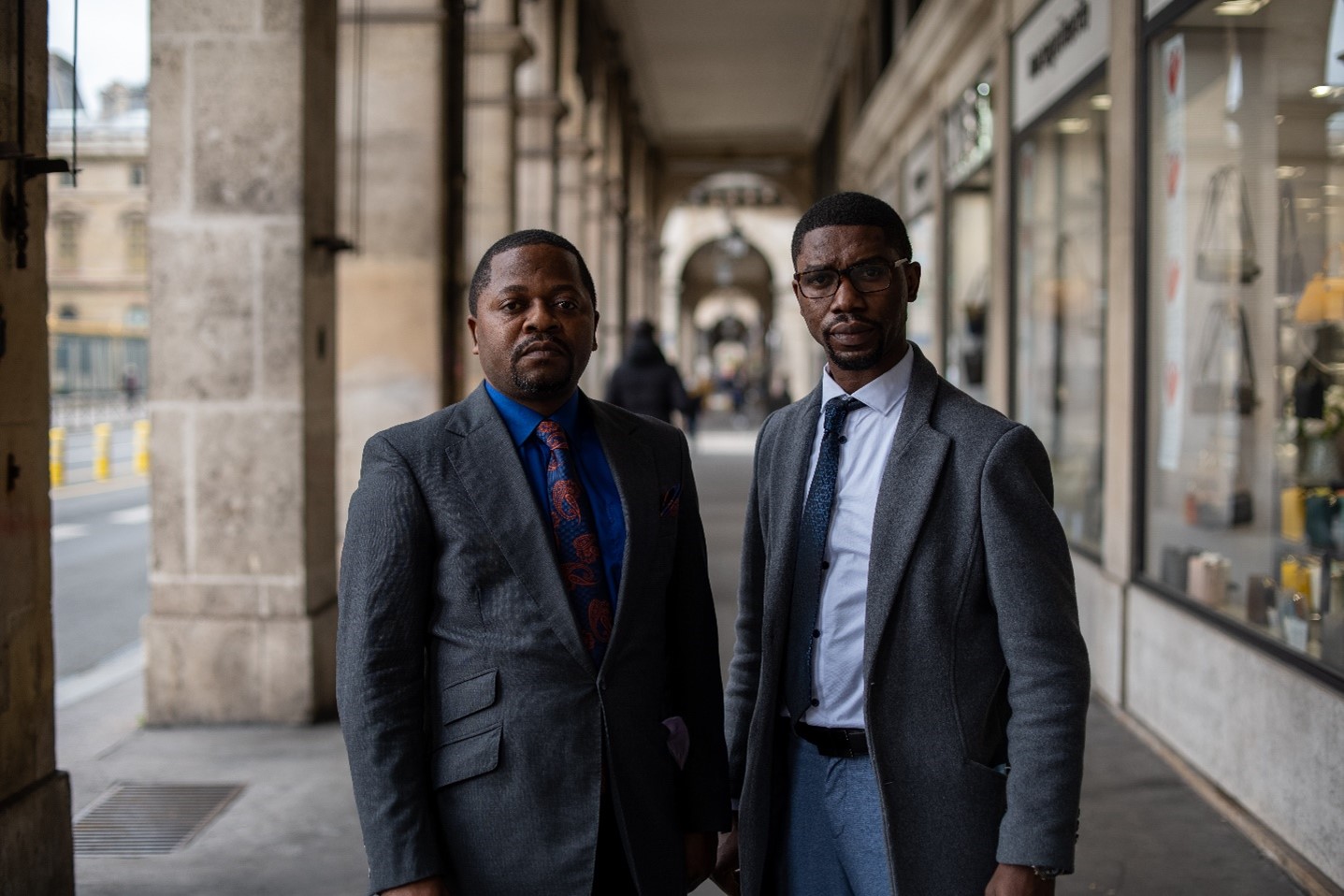 Knowing PPLAAF has had a serious impact on the way I see the world. In my country, I could not have imagined that I would ever be able to expose the wrongdoings of people who, rather than solving the problems faced by the population, are the leading cause of them, looting and selling off the country’s wealth for their own selfish interests. As a witness to these practices of corruption and embezzlement, I could not remain insensitive. And when I learned that with PPLAAF, I had an unprecedented opportunity to denounce them, I wanted to make my modest contribution to the preservation and safeguarding of the public interest of my country.

It was in January 2018 that Gradi Koko and Navy Malela first saw the Israeli tycoon Dan Gertler, under US Treasury sanctions since December 21st, 2017, at their workplace, the Congolese branch of Afriland First Bank in Kinshasa. Navy Malela then told his colleague: « we are going to have problems ».

After several years in the bank, they held the positions of Head of Internal Audit and Internal Auditor. Gradi Koko and Navy Malela were responsible for auditing the bank’s operations and accounts. Mr. Koko had also received training that focused on the need to conduct thorough internal investigations.

Their suspicions started when between late 2017 and early 2018, new accounts were opened and managed differently from any other accounts in the bank. In particular, these accounts were stored outside the official records in the office of the Deputy General Manager, Patrick Kafindo.

Gradi Koko and Navy Malela subsequently discovered a regular pattern of unusually large cash deposits, totaling hundreds of thousands or even millions of dollars or euros into these new accounts. From their offices on the same floor as the Executive Board’s, Gradi Koko and Navy Malela noticed that these deposits coincided with the arrival of Dan Gertler or supposed collaborators at the bank.

Knowing the risks encountered by banks collaborating with entities or individuals under US financial sanctions, Gradi Koko quickly alerted his board in February 2018. In a letter, he recommended freezing accounts linked to Dan Gertler and others related to Zoe Kabila, brother of the former President of DRC, pending a thorough internal review.

In return, Gradi Koko received an explicit threat from the Deputy General Manager that he might be shot as he walked out of the bank. These threats forced him, less than a week later, to flee the DRC in a hurry with his family. « I only regret one thing: not carrying more documents from the bank » Gradi Koko told Haaretz in an interview.

Navy Malela remained in DRC and continued to gather information on suspected operations until February 2020, at which point he fled the country when his safety was threatened.

The two whistleblowers’ documents enabled Global Witness and PPLAAF to write the « Undermining Sanction » report published on July 2nd, 2020, and international media to publish major investigations, including Bloomberg, Le Monde, and Haaretz. These publications exposed Dan Gertler’s practices in the DRC mining sector even while under US sanctions.

In August 2020, thousands of documents recovered by Gradi Koko and Navy Malela helped The Sentry reveal that Afriland First Bank CD hosted the dollar-denominated accounts of two North Korean businessmen, Pak Hwa Song and Hwang Kil Su, as well as their 2018 construction company, Congo Aconde. The two businessmen were able to secure a contract to build statues in DRC even though this activity was explicitly forbidden by UN sanctions in 2016.

New revelations, published in February 2021, in which Bloomberg, RFI, Haaretz, Africa Confidential, RTS, Actualite.cd and the Mail & Guardian participated, confirmed that Afriland First Bank CD had allowed people close to Dan Gertler to convert millions of dollars into euros in cash and to place these funds in the accounts of individuals or shell companies linked to Gertler. One of these companies, WFS (Western Financial Services), received at least four loans from the Congolese bank totaling 101.5 million euros between 2018 and 2019.

Afriland First Bank CD also did not hesitate to open accounts for controversial politicians and businessmen such as Richard Muyej. The governor of Lualaba was able to easily withdraw several hundred thousand dollars in cash from his account. Richard Muyej is now accused by the Congolese Treasury of not being able to justify 40% of his cabinet’s expenses.

Furthermore, other bank documents provided by the whistleblowers revealed that 4.4 million euros were withdrawn in cash between December 28th 2018 and January 14th 2019, from the Congolese Senate account, in the middle of the election process. It should be reminded here that the amount of cash withdrawal is usually limited to 10,000 dollars by the Congolese Central Bank.

Other sanctioned companies have had accounts in Afriland First Bank CD, such as Minocongo et Pain de Ville, whose Managing Director and owner Saleh Assi has been targeted by US Treasury sanctions since December 2019. According to the US Government, this Lebanese businessman provided financial support to Adham Husayn Tabaja, a designated member of the Lebanese Hezbollah movement considered by the US as a terrorist organization.

The logging company IFCO also holds accounts at Afriland First Bank CD. In practice, this company is continuing the business of Cotrefor, formerly Trans-M, which was run by Ahmed Tajeddine, a businessman who was also placed under US Treasury sanctions in 2010. The US government considered that the profits generated by the company numbering in millions of dollars contributed to financing Hezbollah.

As a result of their revelations, Gradi Koko and Navy Malela are now subject to multiple threats and reprisals. On February 25th, during a press conference held in Kinshasa, the bank’s lawyers indicated that the two whistleblowers had been sentenced to death in absentia by the High Court of Kinshasa on September 7th, 2020, notably for acts of theft and criminal association.

There are, however, serious doubts about the veracity of this judgment and it can be deduced from many elements highlighted by RFI and PPLAAF, the fraudulent nature of this conviction.

In addition, the multiple summonses of Gradi Koko’s father, who is also employed in a branch of the Congolese bank in Lisala (about 1,500 km from Kinshasa), further demonstrate that a real campaign of intimidation has been put in place. He was convoked on the 1st, 2nd and 4th of March 2021 at the bank’s headquarters in Kinshasa, where he was put under real pressure to deny his son’s revelations.

PPLAAF applauds the courage of Gradi Koko and Navy Malela who did not hesitate to put themselves in danger to reveal extremely serious facts, and encourages Congolese citizens to denounce any corruption they witness, so that a necessary reform of the Congolese financial system is carried out.