The accountant dedicated to farmers 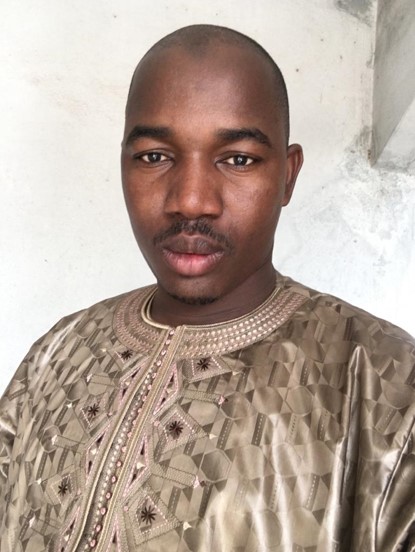 “The Chairman of the board of Directors of the Confederation of Cooperative Societies of Cotton Producers refused to give the peasants the subsidy they were owed. Therefore, I started to alert on the matter within the organization. They offered me 30 million CFA francs to buy my silence. I refused! They offered to change my work position to double my salary. I refused! They ended my contract to sanction me. I blew the whistle to the Prosecutor in charge of the financial crimes to expose the vast mafia network which was diverting the subsidies allocated to Malian cotton farmers. The Chairman of the Board and his accomplices were arrested and put in jail. Even though I lost my job, it was worth stopping this corruption that is plaguing and destabilizing the Malian society today.”

Born in Balandougou in the Kayes region, Fadiala Coulibaly is an Accountant/Auditor who has decided to get involved in the fight against corruption in his country. “Mali is now living through a serious political crisis that threatens its stability, already weakened by the rebellion in the north of the country, and its social cohesion. All this is, in part, the result of corruption and impunity “, he argues, considering that the population is revolted by the number of cases of corruption and embezzlement of public funds which are not thoroughly investigated. At least, he says, “those with ties to the power enjoy complete impunity.”

“I discovered there was a major mafia network which was embezzling nearly 90% of the funds intended for rural producers.”

Fadiala worked in the Malian administration as Administrative and Financial Manager at the Confederation of Cooperative Societies of Cotton Producers (CSCPC) which brings together the 7177 cooperative societies in the cotton activity across the country. This rural structure is attached to the Permanent Assembly of the Malian Chamber of Agriculture (APCAM). “My work as an Accountant/Auditor gave me access to a lot of information. I quickly realized that a lot of things were not up to the standards. I talked about it to my boss several times but he refused to act on my reports. I discovered there was a major mafia network which was embezzling nearly 90% of funds intended for rural producers.”

Yet Fadiala Coulibaly started to blow the whistle within the organization. He even spoke to the Chairman of the Board to make proposals for better uses of resources. “Between 2016 and 2017, given the amount of the funds that the structure received, I suggested to the Board of Directors that it was possible to grant 1 million CFA francs to each Communal Union, that is to say to each of the 288 Communal Cooperatives, that it was possible to transfer 5 million to each of the 41 Sector Cooperatives, and 50 million to each of the four Regional Cooperatives.”

But his proposal is frowned upon by his hierarchy, which seeks to dissuade him. The only reaction of the Chairman of the Board of Directors was: “you are very young and it would be better to close your eyes to certain things to live a long time”. These thinly veiled threats did not undermine the determination of the Auditor, eager to continue his fight for the interests of cotton peasant producers already weakened by the decisions of the World Trade Organization, which would favour the competitors of cotton producers from northern countries.

“I tried to raise the Chairman of the Board’s awareness, to no avail. I met him to tell him that the money is intended for the farmers and that the structure is there for the farmers. We had to work for this purpose. He openly told me he was going to oppose me.” And Fadiala Coulibaly’s troubles started to escalate.

They first tried to buy his silence by offering him 30 million CFA francs. “I refused. They offered me another work position paid the double of my salary. I refused because I am working to achieve goals and I still had things to do. They hired my driver who started recording all my conversations when I went on a mission. When I realized it, I wrote a letter to the Chairman of the Board telling him that these practices are at odds with the values of the company and that it could not continue. There was no reaction, therefore I blew the whistle by referring the matter to the Prosecutor of the economic and financial pole and providing him with all the information he needed to open an investigation. It was also to put myself at his disposal to help training investigators of his service. This led to the arrest of the PCA and his accomplices. “

But before being arrested, the Chairman of the Board initiated dismissal proceedings against Fadiala Coulibaly. To reach the number of votes required at the Board of Directors for the dismissal of the whistleblower, “they had to bribe the 17 members of the Board,” Fadiala accuses, with supporting documents. “They withdrew 200 million CFA francs from the accounts of the company to be able to “grease the palm’ of the members of the Board. I have documentation on these withdrawals. The Chairman of the Board informed the Board members that as long as Coulibaly is there, they cannot enjoy the money the way they want. It was this injustice that led to the termination of my contract. The Coordinator clearly told me that my dismissal was motivated by the fact that I have never given up on cleaning up the finances of the structure, something that some cannot accept. A recording of this statement was transcribed by my bailiff.”

The Labour Court ruled in favor of Fadiala by ordering the Confederation of Cooperative Societies of Cotton Producers to pay 50 million CFA francs in damages. Despite the Confederation’s appeal, the Court of Appeals confirmed that the dismissal was unfair but lowered the damages to 5 million, without stating the reasons for this decision. The case is now pending before the Supreme Court.

In the meantime, Fadiala Coulibaly has become one of the icons of the fight against corruption in Mali. He organizes awareness-raising sessions on the dangers of corruption, call out to his corporation to become whistleblowers and offers decision-makers mechanisms to end the scourge of corruption in his country.

“I want to create a platform for whistleblowers to encourage young people to report the embezzlement of funds and certain practices that plague our country. But for that to happen, they must be protected and it is at this level that PPLAAF can be a great opportunity for Mali. The experience and networks of PPLAAF can help citizens become whistleblowers. When you blew the whistle that brought down heavyweights, it isolates you. No more companies want to hire me, but I have made the choice to fight corruption and I will see it through. And with PPLAAF, I am no longer alone in the fight. “