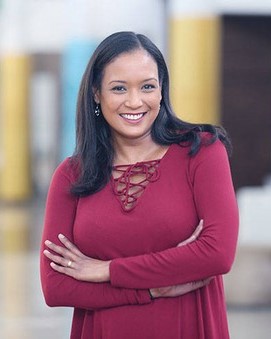 PPLAAF understood my situation. This is their work and I was not the first whistle-blower that they have supported. Their presence in my life offered me something that no amount of money could ever buy – they gave me back my sanity and preserved it when I would lose it…Prior to my public disclosure, PPLAAF conducted an extensive risk assessment and paid for me to get an independent view from a counsel of my choice. For people considering taking brave actions as I did, the best lesson that I can impart is this – you will need people around you that you can depend on, trust and talk to consistently…I found a sanctuary in PPLAAF.

“I always knew that the information I had would corroborate suspicions about Trillian’s dealings with State-owned Enterprises.” Bianca Goodson said in an interview to the Daily Maverick. “I felt that I was being spineless not to speak up, I decided one day that I was allowing my experience to bully me.”

Goodson served as the Chief Executive Officer of Trillian Management, a South-African consulting firm and a subsidiary of Trillian Capital. The firm is owned by Salim Essa, an associate of the powerful Gupta family, who is accused of growing rich of its strong relationship with President Zuma. Goodson quickly started noticing shady activities: the firm was using its connections to land lucrative government contracts, such as from national energy company Eskom, then handing them to external partners.

Feeling lied to by her superiors about the company’s activities, Goodson resigned from Trillian in April 2016, after a few months working in the company. Although she feared legal consequences and defamation, Goodson decided to speak up. She released a detailed statement on Trillian’s activities through PPLAAF, and testified in front of South-African parliament in November 2017.

A promising executive at a young age, Goodson’s refusal to stay silent in front of the misuse of public funds was not easy and took a personal and professional toll. “Doing the right thing is never, ever easy. If you find yourself in a situation such as mine, it’s probably because you have the strength to deal with it”, she told The Daily Maverick.

PPLAAF stood by Goodson’s side, providing her with a legal counsel of her choice, assisting her with preparing herself and her testimony, evaluating the risks she faced and promoting her case on national and international media.

A year after quitting her job, Goodson found a job at Sage, a global accounting software business. While she kept her employer informed of her whistleblowing intention, offering her resignation if the company suffers any backlash, the company decided to process her resignation immediately after she went public.

The principal charge against South-African President Jacob Zuma, originating with claims from whistleblowers working with PPLAAF is of “state capture”. The local term is in widespread use. State capture is more than simple corruption. It is the pillage of national companies and institutions, corrupting the people of power, as well changing the country’s laws, so they would all work in the private interest’s interest.

The three Gupta brothers moved from India to South Africa in the 1990s and turned a computer parts business into a conglomerate with properties in media, mining and professional services. One of President Zuma’s sons, Duduzane, has worked for the family.

The revelations started with the publication in October 2016 of “State of Capture”, a report by Thuli Madonsela, the former public protector. Another PPLAAF whistleblower, Mosilo Mothepu, was the Trillian executive who handed the information to the whistleblower. It investigated claims that the three Gupta brothers, business associates of Zuma’s son, Duduzane, had excessive influence over South African politics, from which they profited.

In June 2017, several organizations, including PPLAAF received what was then called the ‘GuptaLeaks’: hundreds of thousands of documents, emails, etc. sent between the Guptas and their associates, showing the extent of the Gupta family’s control over politicians and state-owned companies, and the involvement of many international firms with the Gupta family’s businesses.

Many other revelations were made concerning the case, exposing government firms such as state-owned electricity utility company Eskom and international firms HSBC and consulting firm Mckinsey, among others. McKinsey was involved in landing Eskom contracts for Trillian and received illegal payments from the company.

PPLAAF, in partnership with South African media amaBhungane and Daily Maverick, has opted to provide access to the information via a single portal - Investigative Dashboard via the Organised Crime and Corruption Reporting Project (OCCRP) with the support of Finance Uncovered.