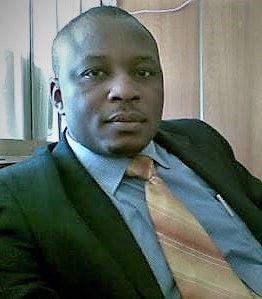 I want to commend PPLAAF for being a voice for whistleblowers in Africa. From 2015 to date, I have become a victim of high wired reprisals after I blew the whistle on procurement and other fraudulent financial acts involving the Chairman of Police Service Commission, an agency that oversights the Nigeria police force, where I work…PPLAAF has been wonderful by offering financial assistance to support the litigation processes after over two years of ongoing legal battles, while serving an illegal suspension without pay has taken a toll on me. The effort of this organization to put this matter on the front burner is also commendable.

“I blew the whistle out of conviction. The current leadership of this important public office ran it to the ground. It was dangerous, but I had to do it.” Aaron Kaase said when asked why he revealed significant corruption in the Nigerian Police Services Commission (PSC) and its current chair, Mike Okiro.

Kaase has been working as a senior officer with the PSC, an agency that oversights the Nigeria Police Force, since 2003. In May 2015, Kaase had strong suspicions of fraud: the PSC has assigned hundreds of thousands of dollars to train 900 members although the entire force has less than 500 members.

Kaase then petitioned both the Independent Corrupt Practices Commission (ICPC) and the Economic and the Financial Crimes Commission (EFCC). As a result, he has been arrested, detained and harassed, as well as being suspended from his work.

For a few months, Kaase has also received threats by telephone. He has written to the police repeatedly.

But Kaase does not regret his decision. His message to other whistleblowers? “it has to come from your strength. You must work for a better society. You can do it in your own name or through an NGO, but if no one speaks out society will not get better.”

On November 30th, 2017, the National Industrial Court of Abuja decided to reinstate Kaase to his position at the PSC. The court ordered the PSC to “pay the claimant all his emoluments and entitlements accruable to him during the period of his suspension” and stated it “failed to present” any evidence his suspension was done in the proper manner.

PPLAAF has been standing by Kaase’s side, providing counsel to his lawyers, promoting his case on local media and assisting him with financial support for his legal proceedings. The Human and Environmental Development Agenda (HEDA), a Nigerian NGO, has also been assisting Kaase in his case.

While being reinstated in his position by the court, Kaase has also been acquitted in what has been described as “trumped up” charges by Okiro.

According to Kaase’s disclosure and the ICPC investigations, the PSC had received 350 million Nairas (about 821,000 euros) from the National Security Agency to train its staff members on monitoring of police conduct during the elections. The PSC had budgeted for the training of 900 staff and to conduct trainings in Abuja, Lagos and Kano. Yet the entire force was little more than 400 people. The “mock trainings” were organized in Nasarawa State instead of in Kano, Lagos and Abuja.

In late 2015, the ICPC published a report on Kaase’s petition directing the PSC to refund the sum of 133 million nairas (about 312,000 euros) to its recovery account. The ICPC curiously found no criminal infraction on the person of Okiro though Emmanuel Ibe, Director of Administration and Finance of PSC was charged with 10 counts of fraud in a Nigerian court.

On January 28 th , 2018, HEDA petitioned the ICPC asking that it reviews its investigative finding: “Commendable as this is, it is incomplete and unjustifiable if your Commission chooses to prosecute only Mr. Ibe and allow Mr. Okiro to walk a free man. Considering Mr. Ibe acted under the instruction of Mr. Okiro.”

In Nigeria, many revelations on corruptive activities have recently been made possible thanks to whistleblowers despite a proper law protecting them. PPLAAF has been helping Nigerian parliamentarians to adopt a strong and progressive bill to protect whistleblowers.